The Benefits of Testing on Desktop and Mobile Separately

Despite the common misconception to run the same test on all devices at once, running separate tests for mobile and desktop often yield much better and comprehensive results. Targetting your desktop and mobile audiences in separate is a good idea. Let’s see why. Mobile design and mindset is different When conducting A/B tests, have in […] 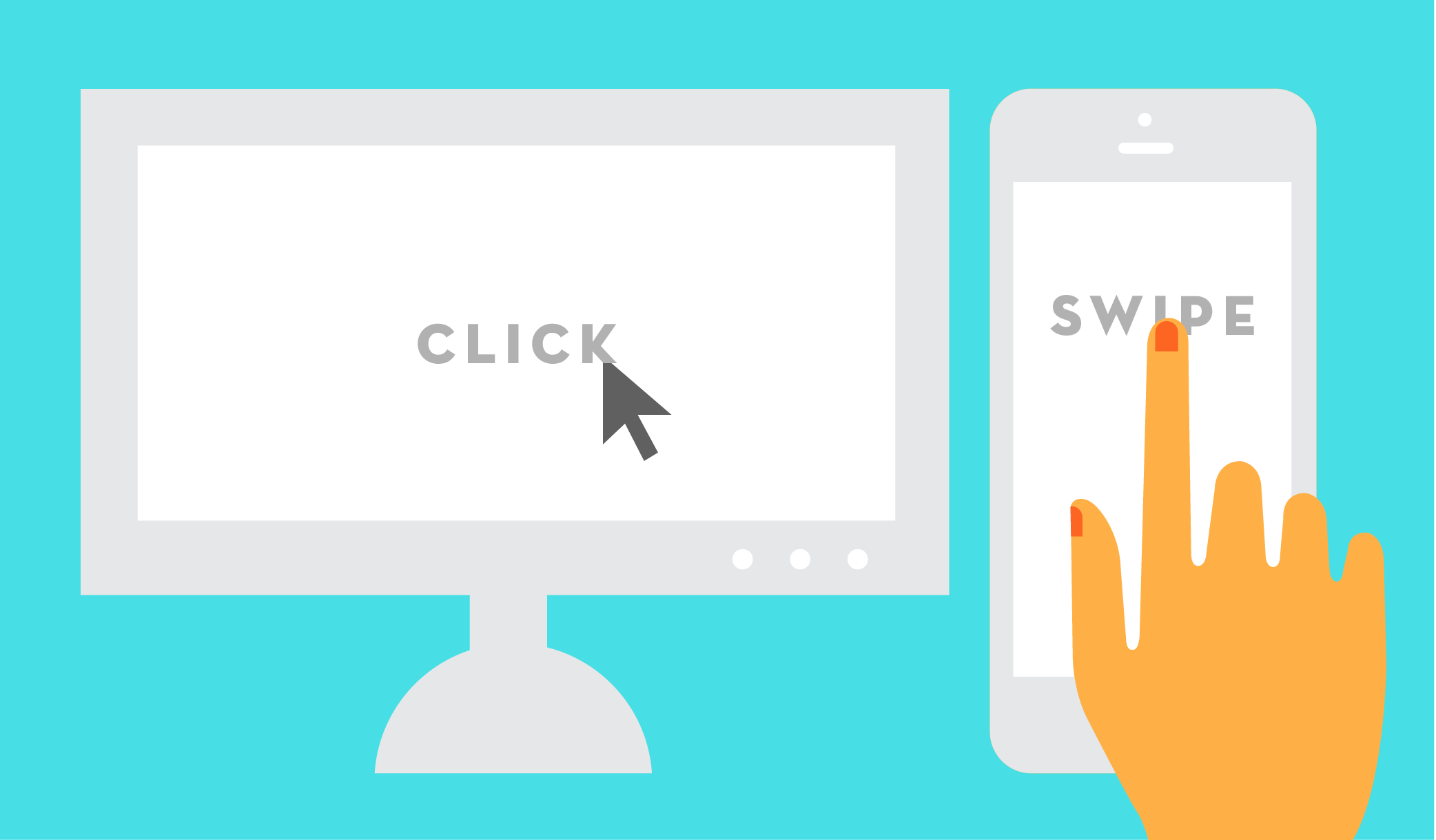 Despite the common misconception to run the same test on all devices at once, running separate tests for mobile and desktop often yield much better and comprehensive results. Targetting your desktop and mobile audiences in separate is a good idea. Let’s see why.

Mobile design and mindset is different

When conducting A/B tests, have in mind that people on mobile devices are most likely on the go, at work, or commuting. Moreover, they have a much-limited field of view, on a much smaller screen. Thus, what usually works with desktop devices, will not always work for mobile users. Not only do some of the audiences convert much better some of the time, but they can also perceive your brand differently.

Knowing whether the mobile or desktop version of your website is performing better is crucial toward optimising the sales funnels on your website.

How is the mobile mindset different?

People rarely order expensive or high-end luxury goods from their mobile devices. Moreover, they tend to make business purchases and subscribe to SaaS services or software tools mainly through a desktop. The reason for that is that they are either working or want to test the full functionality on their device.

Whereas, when they are operating on a mobile device such as a smartphone, people are usually on the go. They are more distracted and have an even shorter attention span than usual.  For example, a big portion of the mobile users you would have would either be stuck in a traffic jam or sitting at a restaurant waiting for their order to come by.  These types of visitors need not be courted gently, and have to see the value proposition of your brand right away, since they are about to look away any second.

Tablet devices shouldn’t count as mobile, since most people use them for work and at the comfort of an office, or at least a quieter environment. The only touching point of tablets and mobile is that they are not optimised for writing and people hate to do that with them. Try to optimise conversions and test tablets only if you have a large tabled portion of your traffic. Otherwise, focus your attention elsewhere.

Mobile traffic can be distinguished 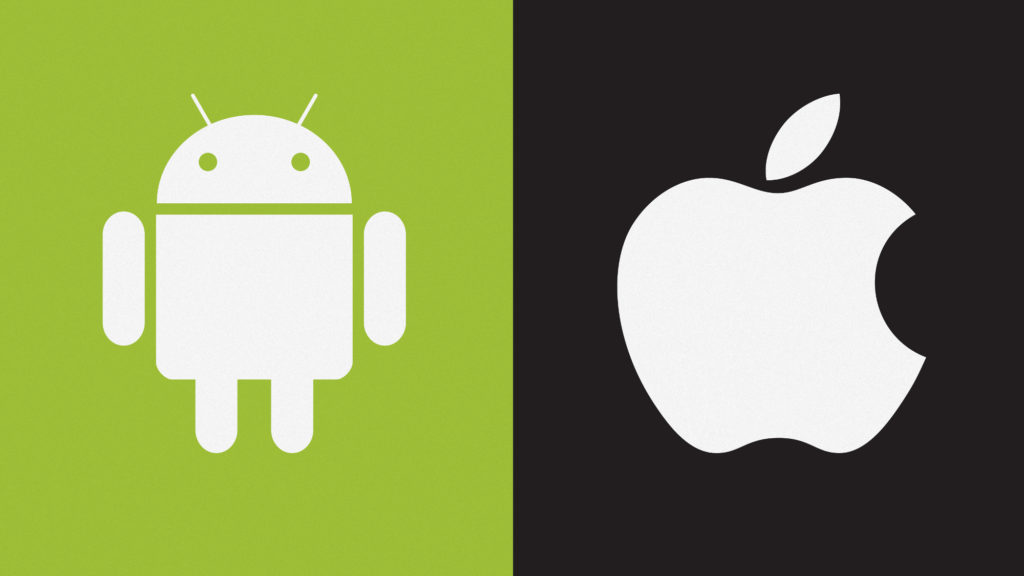 Moreover, the majority of Android users are estimated to be of lower income than iPhone users. This is one of the reasons why there is a constantly climbing market share for Android use, as high as 75 per cent. This is one of the reasons why we are able to target by device type and operating system. If you are targeting rich folk, try going for iPhone users and A/B test to see the results.

Aside from that, what works for iPhone, might eventually end up working for Android too. Or it might not. It depends entirely on your product and the audience’s expectations. Experiment, analyse and optimise to get the best results in terms of conversions and revenue.

More often than not, your traffic wouldn’t exactly be split into equal portions for mobile and desktop. When conducting A/B tests, it is of utmost importance to have a large enough sample size that can later yield statistically significant results.

If you are getting enough traffic in general and you want to observe the user behaviour of mobile users but they are only 30 per cent of your traffic, that might eventually lead to a smaller sample size than needed to conduct the test.

Running tests for prolonged periods of time would sometimes be a good idea if your traffic is lower for either mobile or desktop. Generating a large enough sample size should be a priority with such tests. If one side of the traffic is quadruple the other, you would have to wait four times as long for the test to finish, which might not be the best thing in terms of time optimisation, because you can’t run more than one test at once.

Thus, running separate tests for both categories of traffic should be the fix here. This eliminates all unnecessary slowing down of other tests down the waiting queue.

Some people, especially older folk follow the tendency to go on a desktop to proceed with finishing a certain transaction. This would mean that even if they had encountered your products and website on their phone, they might end up purchasing from their trusted desktop device at home.

People tend to research products in their free time while commuting, for example, and using their phones. Studies conclude that people switch from one device to another more than twenty times each day.

A good argument for people purchasing more on desktop over mobile is the fact that mobile conversion rates in eCommerce still lag a good percentage behind desktop ones for all segments of eCommerce.

If interpreted properly, this fact would mean that you shouldn’t always strive to close the visitor and convert them on the mobile device. Instead, you should give them all the information needed for them to be hooked onto your product. And you should optimise the desktop visitor experience to increase the conversion rates there. Of course, this is strictly individual for each website, product and service, but following global tendencies, it is the case for most businesses.

Make sure to test, all of these statements for your business before you change anything. Aside from that, try to offer discounts and coupons in order to build an email list and share future deals with your customers there.

Many eCommerce business owners share that giving away a coupon for a discount to a browsing user is likely to increase the chance of them becoming a shopper right away is more than 40 per cent.

By conducting separate mobile and desktop tests, you allow yourself to finish one test before the other and analyse the results while still waiting for the other to finish. This allows you to start a new test right away, instead of blocking the process.

Set up your A/B tests by targeting either mobile or desktop and avoid doing both at once. This way, you would save time on the development of tests, and the implementation of the changes. Always strive to test out the portion of users that are the largest. If you have a 70 per cent share of mobile users, there is no point in testing desktop first. Start with mobile. And, of course, vice-versa.

Separate devices ask for separate tests. Not only are the audiences different across mobile, and desktop, but also iPhone users differ greatly from Android ones. Take into account purchasing habits. Aside from that, there are many technical advantages of separate testing such as speed, more accurate data, and easier optimisation.